Hello, everyone! I’m quite new to the whole affiliate marketing thing, and might not know all the ins and outs of it. However, I thought it might be informative to share this case study as proof that even people with little expertise in this field can start with a minimal budget and still make some money.

When I started in November, I didn’t have a clue about how the whole thing worked. After watching an ungodly amount of videos on YouTube, I decided to try affiliate marketing with a budget of $50. I just wanted to see if it at least works. When deciding on an Affiliate Network, I chose CPA.HOUSE as it had different offers for all GEO’s and I wanted to try as much as possible to understand what works best. Then I had to find a source for myself. For that, I found PUSH.HOUSE, one of the leading push notification advertising networks. What was most attractive for me was that the minimal amount at PUSH.HOUSE was only 50$, which was perfect for me!

After signing up in both platforms, I began searching for the best offers to promote. Although I didn’t know much about CPA marketing at that time, it was quite obvious that the easiest niche would be Adult.

I decided to find an adult offer for a cheap GEO to get my ad running as long as possible and to gather as much information as I could. The best candidate was Torpedo, for Egypt with a $5 payout.

Now, I had to overcome the last barrier between me and my millions, I had to prepare creatives for my campaigns. For that I used a very easy approach, an amazed looking woman staring at a huge cucumber, banana, etc., and now, my campaign is live! 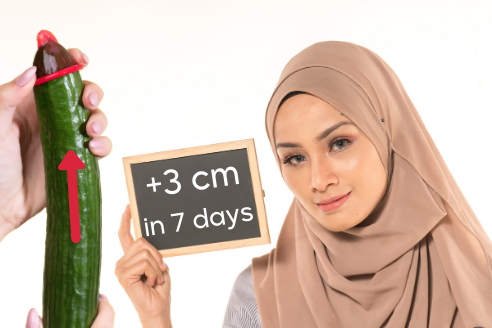 To be honest, the first couple of minutes I kept refreshing my campaign just to see how many people are clicking on it, but nothing much happened, so I just left it and starting examining other offers that were in CH. 10 minutes after I noticed that, I already had 6 leads. I went back to PH to see how much it cost me to get them, and it was around 30 cents. Now, knowing nothing about reject and trash, imagine how excited I got. Making a very simple calculation, if 30 cents get 6 leads which pay 5 each then it is 30$ per every 30 cents! But of course, soon after, I had to learn that it's not that easy in CPA, and only 2 of the initial 6 leads were approved. Which isn’t bad at all, if you ask me.

That's where the long process of learning how to best optimize my campaign started.

There are a lot of different tools for optimizing your campaign in PH and I had to learn about all of them.

At first, I didn’t pay much attention to them, being a newbie in CPA, my only concern was to not promote too much or finish my budget. My first goal was to get the exact amount back, with no profit. I thought if I could do that, I will still get the experience, which was a win for me at that time. So the only optimization I made was limiting the number of clicks per day. I set it to 1k a day. Then I noticed that the limit is being reached within the first two hours of each day. I decided to play it safe, still, stick with 1k daily but now I limited the time frame within which my campaign was running, setting it within the CC working hours, which at that time positively affected my approval rate.

This way I simply let a one-ad campaign run for three days, gathering the important information through various macros I have used in order to better optimize my campaign in the future. By that time, I’ve spent my initial $50 budget and got $70 in return. I decided to leave $20 in my Webmoney balance, and invest $50 back in PH. This time I’ve spent the money even quicker, getting $65 in return. Again, $15 to my purse, $50 to PushHouse. Only now there was a visible setback in the clicks, and therefore, in the leads. At first, I didn’t know what to do, I thought something went wrong and the whole thing just stopped working. I realized that I have to do something to get my campaign converting again, so I changed the creative. This time I decided to use a more Arab looking woman in my campaign, still amazed, still looking at a condom-wearing cucumber. The new creative boosted my campaign like crazy! Now the clicks were just bombarding me and I upgraded my daily 1k clicks to 2.5k. 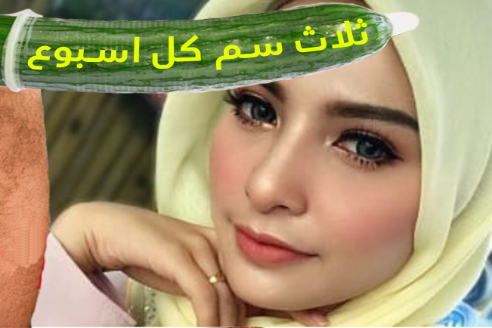 That’s how I learned that I must change the creative every now and then.

That’s my statistics in CPA.HOUSE:

Now, feeling like an affiliate pro, I wanted to start analyzing my statistics. I inspected the sites that were running my ads to see if there are any that aren’t converting but, surprisingly, all the sites that were driving traffic to my campaign, were converting, so setting up a blacklist wasn’t an option yet. But I wanted to increase my ROI even more and started looking into all the optimization tools that I had in PH.

Here is a list of all the optimization tools that I used:

Country: Of course I set it to “Egypt” and never changed it.

City: In CH, I used a certain macro to track what cities gave me most conversions, but I never needed to use it as all the cities were giving decent conversions, and I didn’t want to cut off a part of my traffic by excluding cities with not that much ROI.

CPC: PH works only with the CPC model, giving the best prices I saw, which started with $0.002 for Egypt. At some point, I tried to increase it to 0.005 and even 0.01 but that never changed the conversion rate, so most of my campaign was running with $0.002.

Device: I overlooked this tool for too long, to be honest. I thought that it was better to drive traffic from both mobile and desktop devices to get as much exposure as possible. It was only when I saw in my statistics that there are much more conversions coming from mobile devices that I decided to create two similar campaigns, one for mobile and one for desktop, then I realized something crucial, that when creating a campaign for both mobile and desktop devices you pay the mobile bid price, which in my case was 0.002 no matter where the traffic comes from but when creating two different campaigns, the desktop-oriented campaign bid is always half price cheaper than the mobile one, so you actually pay half what you pay for all the desktop visitors when you use desktop-oriented campaigns.

Of course, for my offer, I left only the mobile campaign running as it was the main source for my conversions.

Subscription age: This is a very interesting tool as it gives you a chance to decided what segment of traffic you want to target. One can always select “All”, which is the default parameter, and then the shorter the subscription age is, the higher the bid, as the idea behind it is that the new user is more expected to convert than a user that has had the subscription for a longer time. I tried all of them and realized that even the cheapest segment was actually converting really well, so I just kept it the way it was.

OS version: this tool was at first very strange to me as I couldn’t understand how an OS version can influence the decision of a user to buy a product or not, but the more statistics I got, the more I could see a pattern. For some reason, users of Android 8 never converted so when I excluded it I could cut off a segment of my traffic that was eating my money away without giving anything back. Still, I cannot explain this phenomenon.

Here, things get interesting. From what I understood, people in Egypt use either Arabic or English languages for their browsers and the people that have English browsers, do not convert at all. So cutting it off helped me get rid of unwanted traffic. Who would think that these little things really matter, right?

A basic tool that helps you set the time when you want to run your campaign. At first, I set it to the local time of Torpedo’s call center. But after realizing that my Target Audience does not spend time on the internet in the morning or afternoon, I decided to run it at night and it did not affect my conversion rate but definitely got me a whole bunch of new leads.

As for Ad Limit, the only thing I did was limiting my ad by daily click number to not overload the CC.

I never used black or white lists because all the sites that got me traffic got me more money than I’ve spent on the advertising.

Bottom line: PH is a newbie-friendly platform with great traffic that I could use from day one with as little as $50. CH is also a good resource for everyone who wants to start their journey in CPA marketing.

I'm still new to the world of CPA, and have a long learning path ahead of me. I decided to write this case just to show people that even with little money and experience you can still succeed and encourage anyone who thought that Affiliate Marketing is not for everyone. Push.House and CPa.House have changed it forever. Now CPA is for everyone!